Thieves cause $200K worth of Damage to Church Air Conditions

Thieves Cause $200K Worth Of Damage To Church Air Conditions 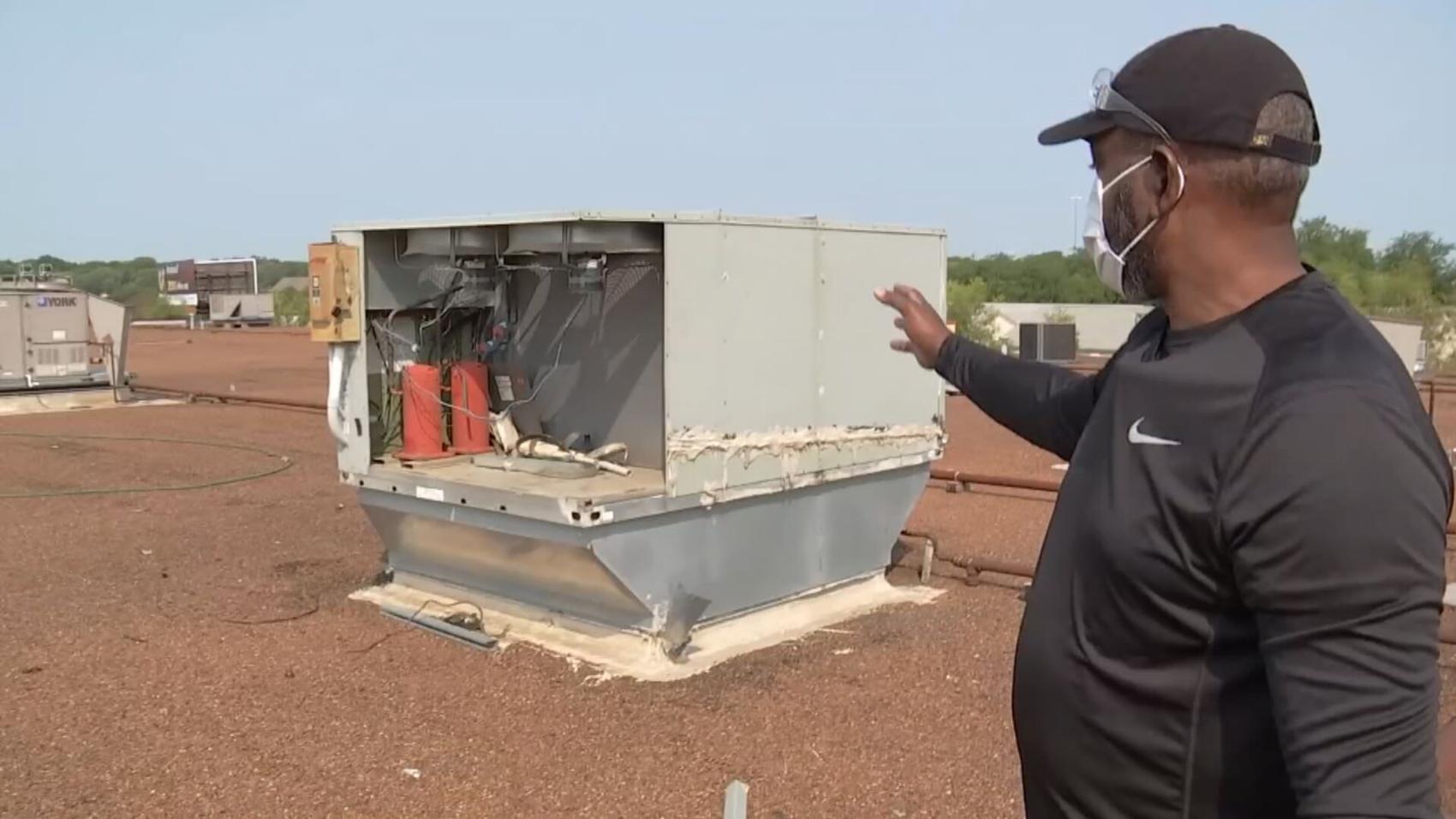 KANSAS CITY, MO (KCTV) -- The pandemic has pushed some people to desperation and even crime.

That's what a local church believes has led to thieves stealing from the congregation, leaving behind a trail of destruction in the process and causing more than $200,000 worth of damage.

For the past view months, Memorial Church International off Hickman Mills Drive has been trying to help the community through the pandemic both spiritually and physically. Their lot has even frequently been a COVID-19 testing location.

However, sometime over the past few weeks, someone went through a lot of trouble to steal something all the way up on the roof.

Drive-in services have been a saving grace for Memorial Church International this summer.

“Our congregation has responded tremendously,” said Bishop Larry Aiken. “It's been exciting.”

Aiken has been leading services from outside for months, which is why the church missed something that was happening on top of the church.

Reuben King is a deacon at the church and maintains the building. A few days ago he noticed something dripping down into the unused fellowship hall.

“It had rained earlier in the week, but it wasn't raining now,” King recalled.

It was not rain. Someone had climbed up to the roof from the outside and stripped the copper out of more than 10 rooftop air conditioning units.

“They tore the coils out of that,” said King. “They damaged the pipes here. Cut all the wires there.”

King believes the metal they took could fetch around a thousand dollars at a scrapper.

“The sad thing is, they could have just asked and we would have helped them,” King said.

However, the damage to the air conditioning units will likely total around $200,000.

“There are some people who just are set to destroy what other people have,” Bishop Aiken said.

Now, the church is going through surveillance video from the past few weeks. Aiken wants to find the lost souls who did this.

“I forgive them already,” he said.

He fears they may be on a path to a place where they'll need air conditioning a lot more than his church.

“Whoever did this… I want to see you this Sunday,” he said.

Police are also investigating this, but officers don't know whether this is related to any other thefts in the area.

Tonight, the church is getting ready to host an outdoor movie on the projector and they'll be back out for a drive-in service on Sunday.

KCTV5.com is now with you on the go! Get the latest news updates and video, StormTrack5 weather forecast, weather radar, special investigative reports, sports headlines and much more from KCTV5 News.

To partner with us and make a donation towards the support of the air condition theft, click below:

Register for this event

Your registration has been received.

Your email has been sent.

We have just sent an email containing a new password to login. You can always change this password by logging in and visiting the settings page.

Your request for an account has been received. Once this information is moderated you will receive an email with your account details.

We are excited you've joined the ChurchSpring family! It is our desire to come along side your ministry as you seek to reach the world for Christ. We would like to take you through a quick tutorial to get you on your way. Click continue to get started.

You have reached the limit of 6 main level navigation items. You can always rename or delete your existing main nav items to better organize your content. Consider adding pages to the sub navigation menus as well.

Are you sure you want to delete this item?

We are processing your request. Please do not click anything until this process is completed.
Thank you.